The art of Persian miniature 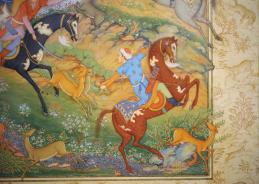 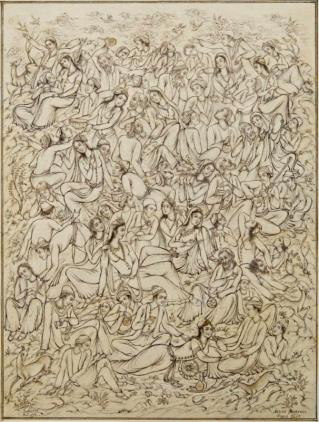 In Iran, in Asia and all over the world, there are traces of this art named « miniature ». During the XIIIth and XVIth centuries, many schools of Persian miniature developed, each of them having its own style. Persian miniature largely expanded: schools among the most famous were created in Tabriz and Herat and later in Ispahan.

More recently, the great Master Hossein Behzâd (1894-1968) became the leader of a new school of miniaturist painters. Influenced by western art which he discovered in the French museums, he introduced a new style of miniature and acquired an exceptional reputation among contemporary miniaturists. Greatly inspired by the miniatures of the Safavid period at his beginnings, he seeked to mix tradition and modernity.

Abbas Moayeri, our referring master, born in Iran, was precisely the student of Hossein Behzâd and his successor at the School of Fine Arts in Tehran. Since 1970, Abbas Moayeri has been living in Paris where he tried to preserve and transmit the artistic aspect of this traditional art of Persian miniature. He divides his time between teaching, his work and numerous exhibitions. His sumptuous hunting scenes are highly prized by collectors and true connoisseurs of Persian miniature. As a painter and sculptor, he received numerous awards through his exhibitions. He also gives conferences on the history of Persian miniature.

From the XIIIth century to the XVIIth, miniatures were used to illustrate manuscripts, especially the classics of Persian miniature: the shahnameh of Firdoussi, the khamseh of Nizâmi, the boustan or the golestan of Saadi. Their small size was linked to this function as well as the commonly adopted vertical orientation of miniatures.

The paper used from the 9th/10th century was made of linen fibres. Colours were obtained from natural or artificial pigments. Most brushes were made of squirrel tail hair. Hair of persian cats was also used.

Miniature is always painted inside a frame which represents an opening towards an ideal world, made of beauty and dream. “Beauty is the perception of eternity”. Today its size may vary and the paper called “peau d’éléphant” is aesthetically the most closed to the paper used in the past. Colours must be soft in general. Nowadays, gouache is used for surfaces.

The classical composition includes generally: a garden surrounded by a barrier; water – canal, river, lake -; a key figure under a kiosk or a canopy; courtiers and servants but also hunters. Characters seem to float in space: they are not attached to the land on which they are painted. The charm of Persian miniature comes from its elegance, slight curves and the refinement of its very numerous details. Miniature must not take into account the perspective or too much realism: it opens to the dream, to “Persian paradises”.

Persian miniature leaves room to imagination and individual sensitivity, even if techniques are traditional, and allows each one to project in very different worlds, as miniatures presented here can demonstrate.

In our introduction, humbly, we selected two miniatures very representative of the work of the talented Abbas Moayeri.

Collection of Persian miniatures by French artists displayed in an exhibition at the National Art Museum of Iran: Iran Review, 25 May 2014 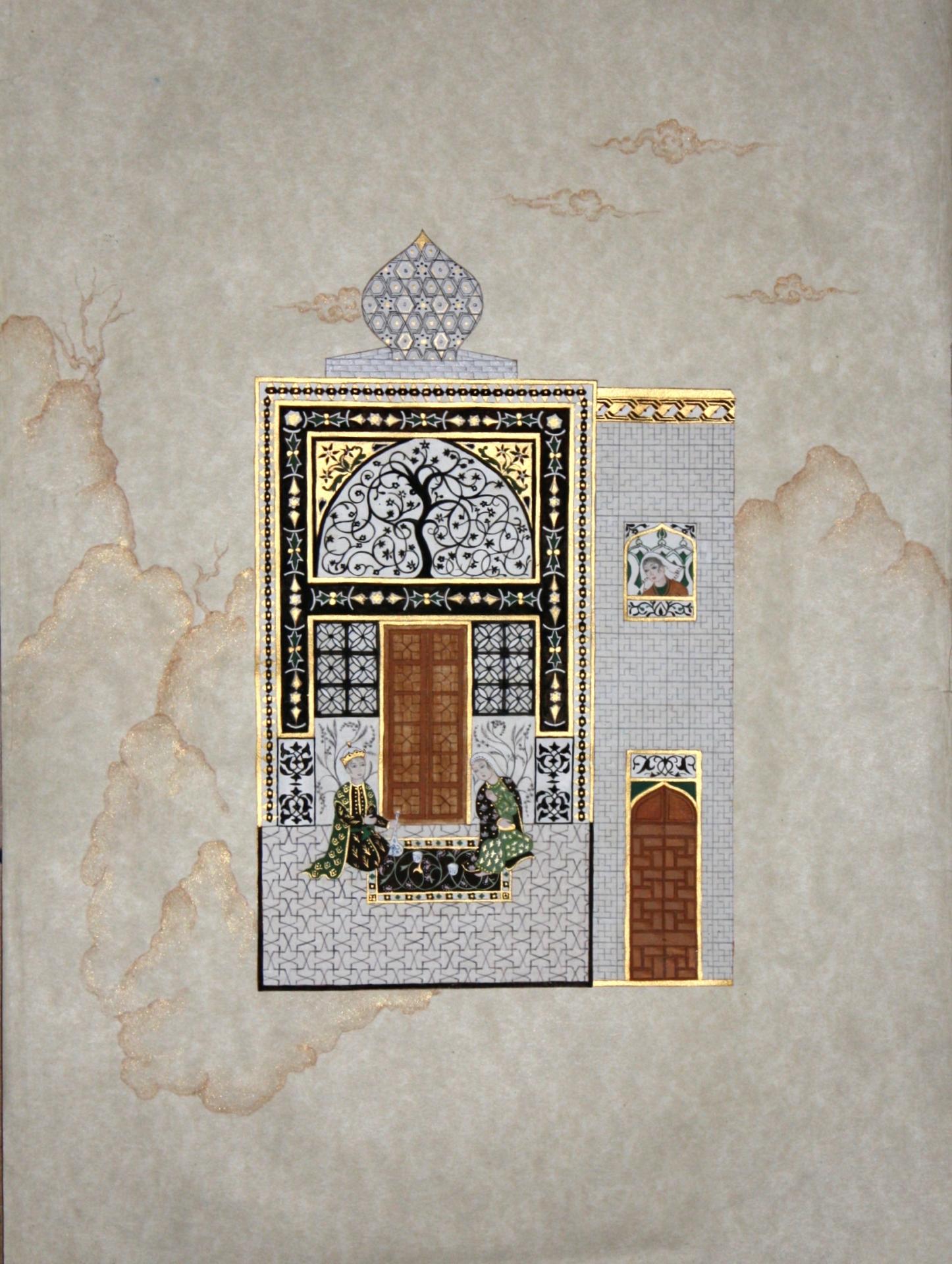 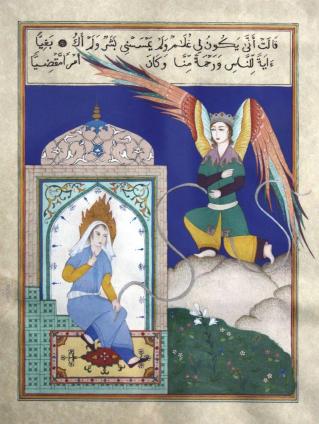 The announciation by Claudine Gillot 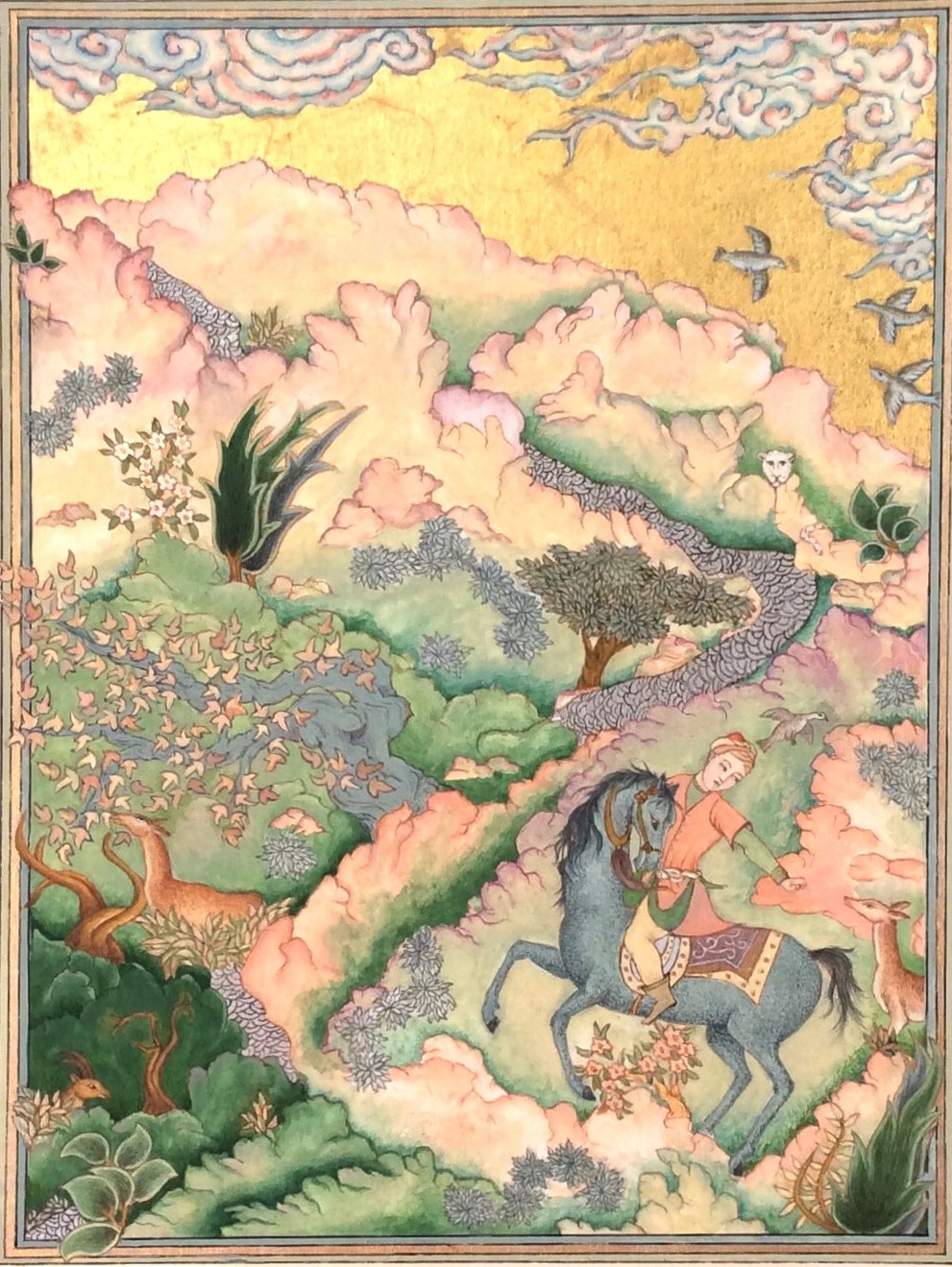 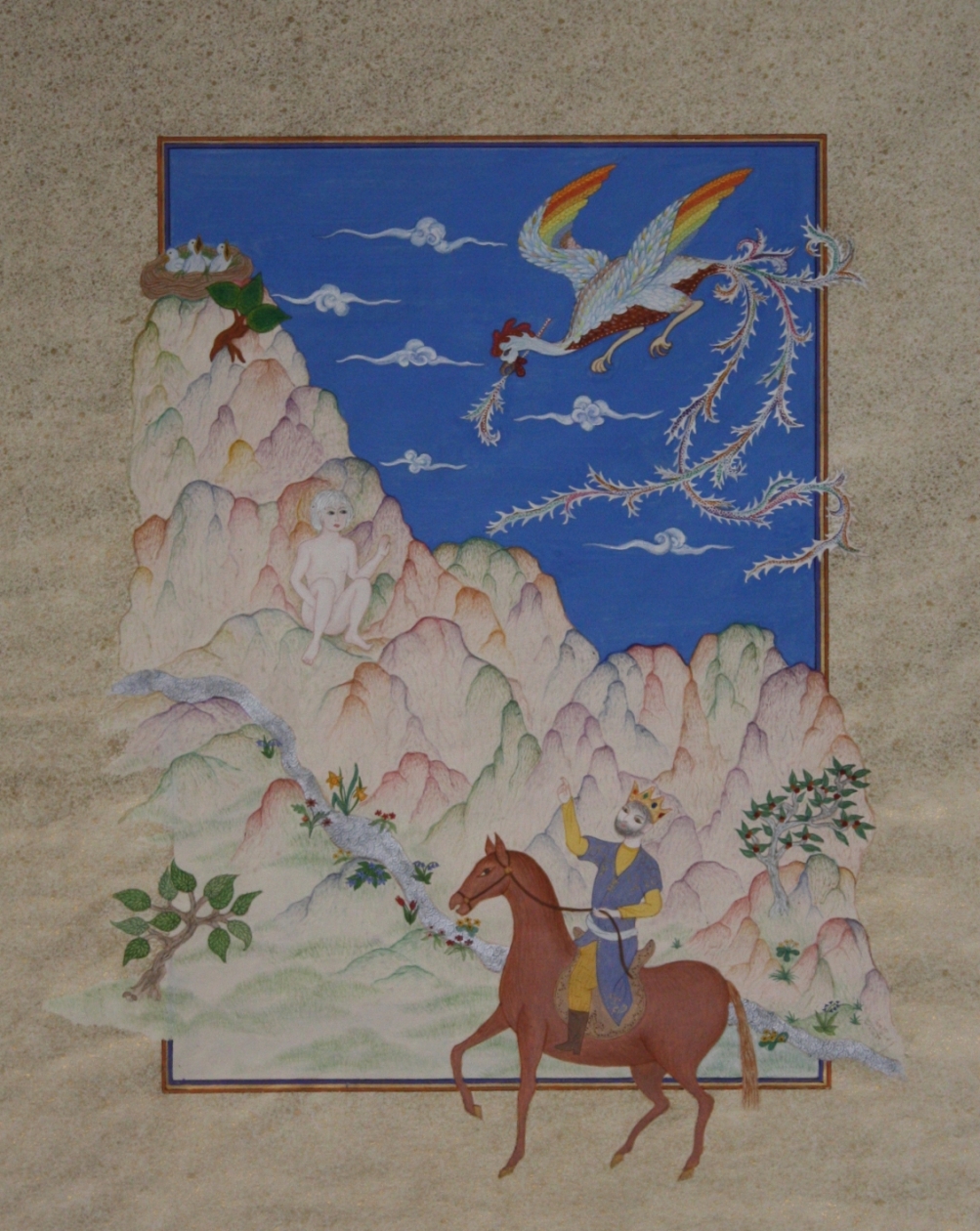 Shahnameh, zal and the simurgh by Claudine Gillot 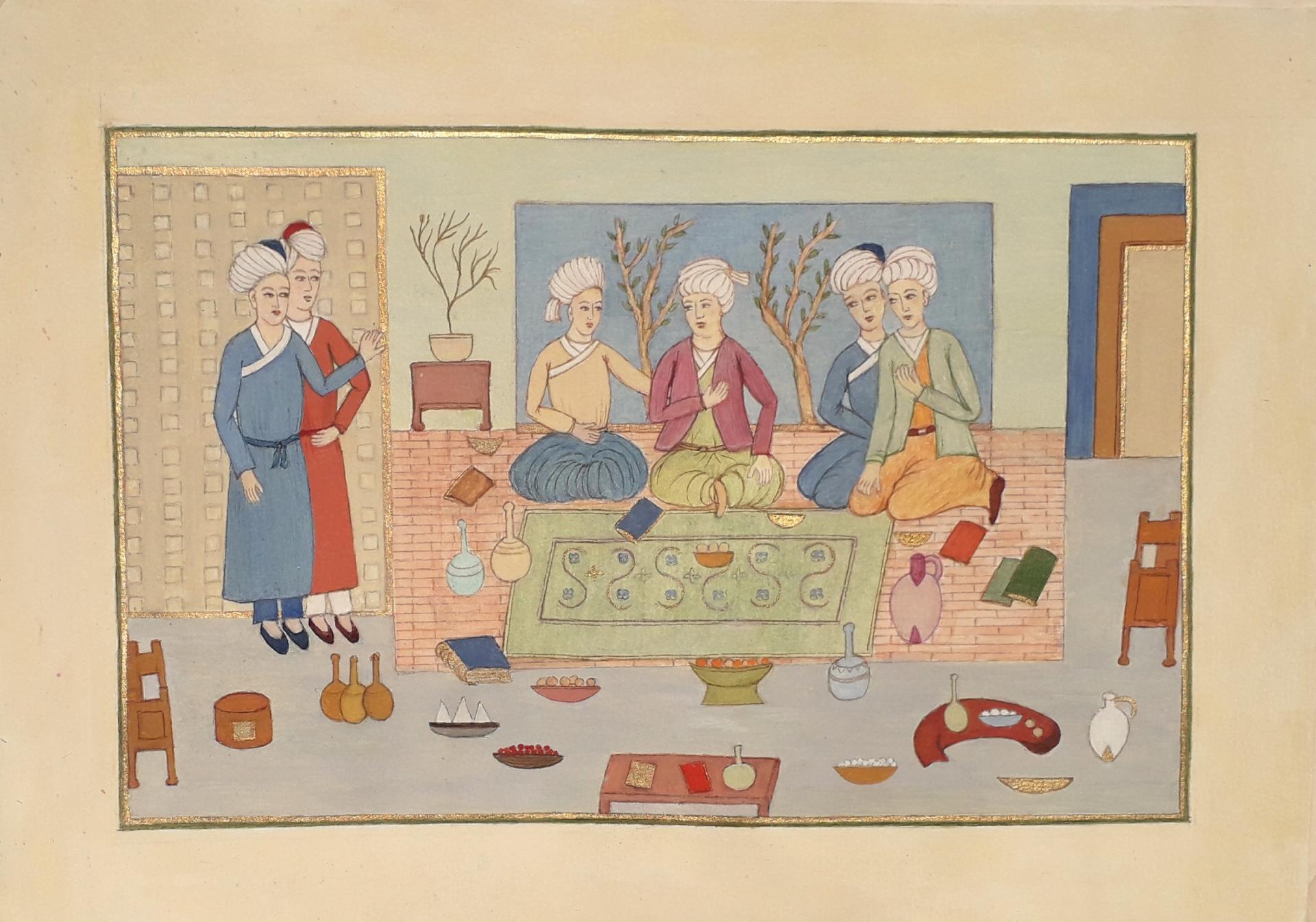