Persian Paradises or the Art of Persian Miniature

Shirin at bath by Claudine Gillot 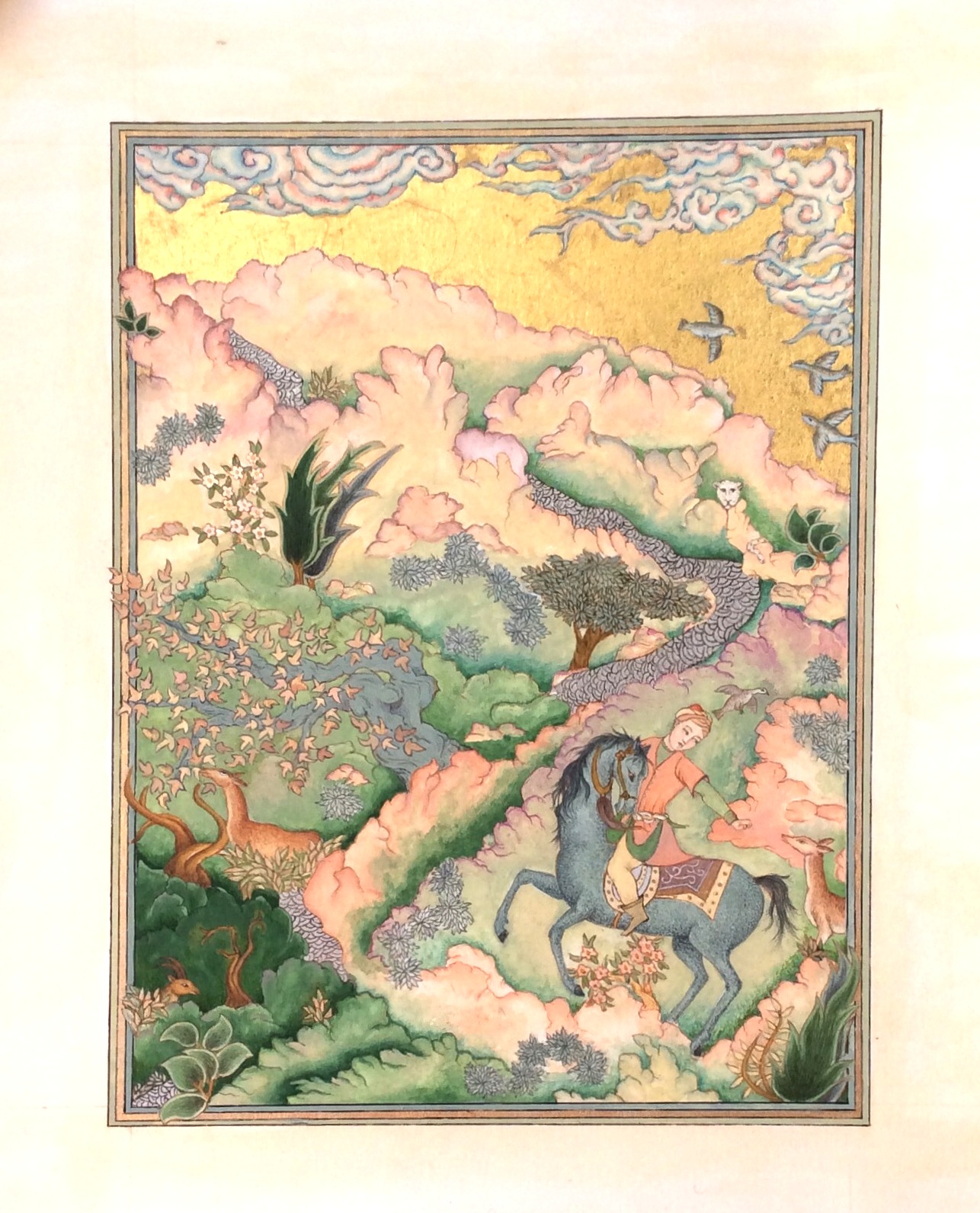 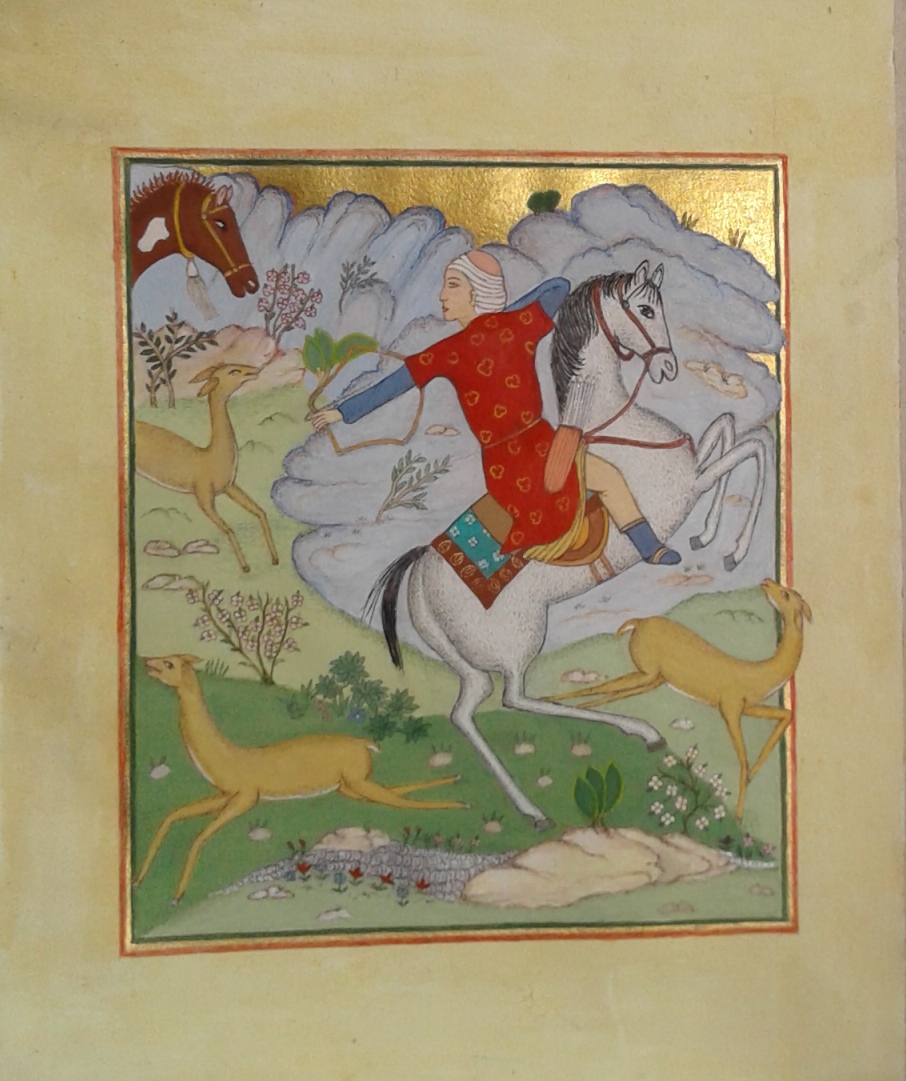 Hunting scene with does by Ma Padioleau

Western artists discovered the Persian miniature at the beginning of the 20th century, through Persian art exhibitions in Munich in 1910, in Paris in 1912 and London in 1931.
As early as the 11th century in Persia, miniatures described heroes of epic literature and poetry. Persian miniature experienced a turning point with the invasion of Mongols and during the Timourid period (12th/ 16th century). This Chinese influence appeared in the drawing and material.
Persian paintings were first designed to illustrate texts; they have been  done on separate paper sheets from the 16th century.
Out of the symbiosis between the Persian and Indian style will emerge the Moghol school in the 16th century. Humayun, Babur’s son (the foundator of the Moghol dynasty) discovered the Persian illustration work and paintings at the Persian Safavid Court in Persia (1501-1736). He chose two young Persian painters who accompanied him to India and brought their taste for illuminations or illustrations of manuscripts to the Court. Their role was vital in the evolution of the Indian miniature style.
Persian miniatures are a paradisiacal vision, materialized in the garden, featuring trees - that can make coexist the seasons - fall and spring - fountains, silver  rivers, brightly coloured mountains and golden skies. All the beauty of Persian miniature comes from its magnificent colours and abundant finely elaborated details.
Nowadays this traditional art of Persian miniature is taught in France and we were lucky to count among students of the great miniaturist Abbas Moayeri, born in Iran. He was the successor of the famous Master Behzâd – with whom he studied – at the School of Fine Arts of Tehran where he taught Persian miniature from 1967 to 1970. In addition to his sumptuous - highly prized by collectors – traditional miniatures, Abbas Moayeri, as a painter and sculptor, ‘has also been doing extensive pictorial research, experimenting a unique way of creation fed by centuries of Persian art, along with a western technique which lets the non Iranian laymans enter into the transfigured symbolism of a wonderful world of legend, poetry and ancient wisdom’. He received numerous awards and honors and actively participated in great international exhibitions.
Extending our study of this unique art of Persian miniature, we also went deeper into the characteristics of Indian miniature with the painter Mahaveer Swami, brilliant miniaturist, descendent of a Bikaner traditional painters’ family. In addition we tried to discover other techniques such as the use of colours and pigments in Indian painting or the art of Korean knots (maedup) as adornments.
Hélène Barrieu, Claudine Gillot, Ma Padioleau, Gérard Verrouil 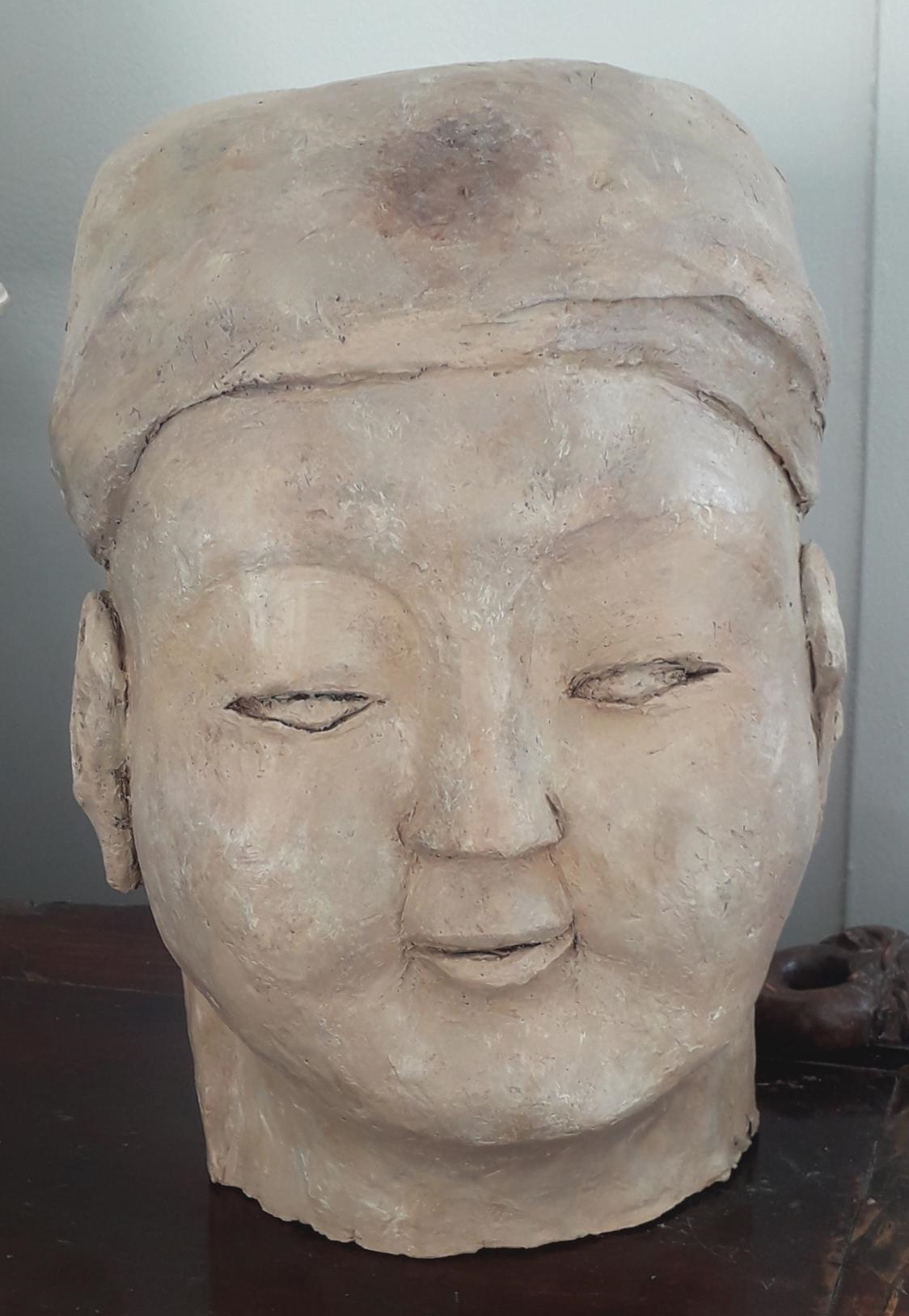